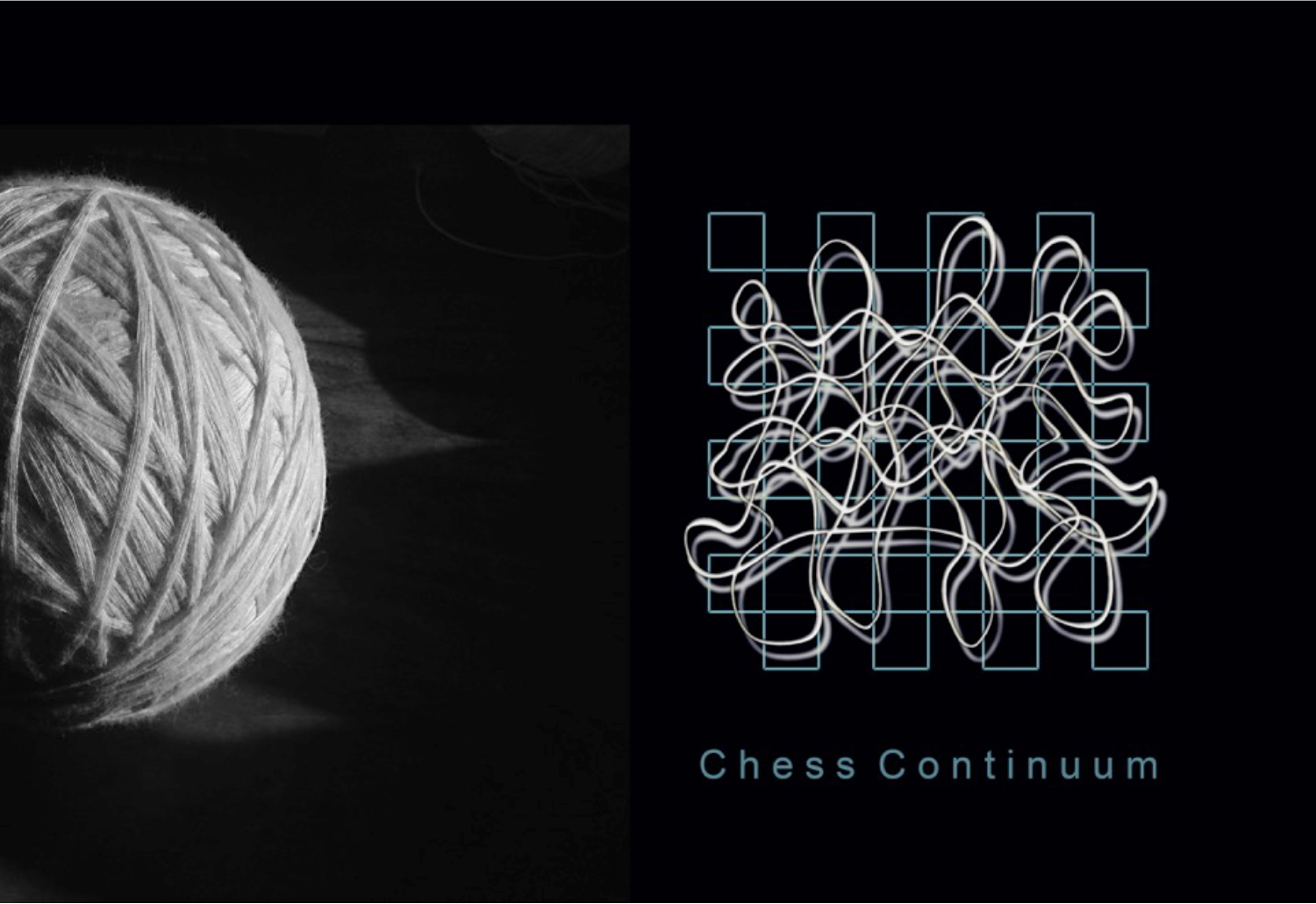 Αemilia Papaphilppou is presenting her work, Chess Continuum: The Everlasting Now, a video installation and participatory performance, on September 7th, between 21:00 -23:30, at the Medieval Fortification Walls, at St. Paul’s Gate, in Rhodes. This event will be preceded by a Press Conference (a lecture/performance), that will be held on September 4th at 12:00 noon, at the Auberge de France, on Knight’s Street in Rhodes.

This is a production of Rodos Palace Hotel, in celebration of its 45th anniversary, with the support of Alpha Bank, where “a cultural event is being produced in the city of Rhodes, open to all, with the aim of highlighting how an active and in ever-evolving cultural heritage can
make Rhodes a destination of even greater importance.”

Aemilia Papaphilippou, who has participated in a series of international group exhibitionsand contemporary art actions, has represented Greece at the 21st Sao Paulo Biennale and other occasions, realized the first contemporary art exhibition under the Acropolis, at the Ancient Agora of Athens with the support of NEON cultural organization (2014) as their first commissioned “city project”, and after an invitation to produce something similar in Germany, at the Baroque Palace / Museum of Ludwigsburg while also talk as a keynote speaker at Raumwelten Conference, chooses to make a new project at the Medieval City of Rhodes.

As the Southern Aegean Regional Governor George Chatzimarkos points out, “Culture is Now. Is here. In Rhodes it continues to transmit Culture, not as a museum type, but as a perpetual, bold searching, evolutionary creation and expression through Art, in all its forms. Chess Continuum: The Everlasting Now is a work and a unique experience , as it becomes the link between Ecology and Culture, between ancient and modern, while at the same time sends the message that Culture can be produced anywhere and at any time.”

Chess Continuum: The Everlasting Now is under the auspices of the Greek Tourism Organization, of the South Aegean Region, and of the French Institute of Greece. It is kindly supported by the Consulate of France in Rhodes and the Ephorate of Dodecanese and it is
sponsored by the Rodos Palace Hotel with the support of Alpha Bank.

The artist stated for the project:

Rhodes, which is my birthplace of sorts since my roots originated from Lindos, has been such a crucial but also dynamic crossroads of cultures, a meeting and shaping point, that was recognized as a UNESCO World Heritage Site. And it is dynamic not only because we can tangibly see History through the monuments of the Past, but because it is potentially capable of sending a message to all those who inhabit and visit it, but perhaps also to those who have not been there.

And this is possible because cultural heritage is not an inactive scenery around us but it is alive and dynamic, and in conjunction with Nature triggers the awareness that everything is constantly evolving and that we are all participants and responsible contributors in what is
happening. Especially in our time of climate change, where the planet has undergone such damage by humans that we are now talking about the Anthopocene epoch, it is imperative torealize that our behavior cannot continue to be on the level of seignory and dominion, but we need to recognize that we and everything is interconnected. This “Being in its Becoming”, this constant flow of change where everything is inteconnected interacting with each other is Chess Continuum. It stands for a shift in awareness from polarity of dominion, to the nexus of interconnectivity; where opposites remain being in a dialectic relationship .

I was writing in 1992 when I first came up with the concept of Chess Continuum:
Chess Continuum describes in one continuous line, chess as map of battle as well as unity of the opposite and yet complementary forces.Forces acting the drama of creation, facilitating the flow of life.Black and white define each other reciprocally and this interchange from diversity to unity promotes the everlasting transient: the Ephemeron, the Game. A game which lasts for a long time now, where one fleeting moment follows the next; transforming all, always remaining the same. The game of Time, where perhaps even time itself may be just another game and energy in-forms matter and vice versa.

All is in flux and solid at the same time, both wave and particle as quantum physics informs us, nothing is final and all coexist in conflict; they differ and yet find themselves in covenant, disputing and defining each other and we are being endlessly enchanted, captivated by this game of flux, where one is simultaneously being the game and the game’s game in the constant flow of Being in Time, of Being in its Becoming.

Nowadays, when the ecosystem on a planetary level is disturbed, net consciousness emerges through the web, and the wave/particle duality of light informs us of the interconnectivity of complementary opposites, we might realize that respect is not an ethical concept but a natural law.After all, from Tahrir Square to the Aegean, the ancient problem persists: “what is Man” and “how” to Commune?
If Art is technology of thought, the works of art, being both tools and accomplishments, are nothing but working models of how we perceive ourselves and the Cosmos. Therefore, culture, as an evolutionary strategy, is software bequeathed and altered from generation to generation, transforming its users.

On the shores of our land, on a human scale, pulsating connectivity dances, playing chess at our feet. Perhaps all we are called to do is to swim. In all cases Chess Continuum is in full progress.